The Poetry Of Children’s Photography 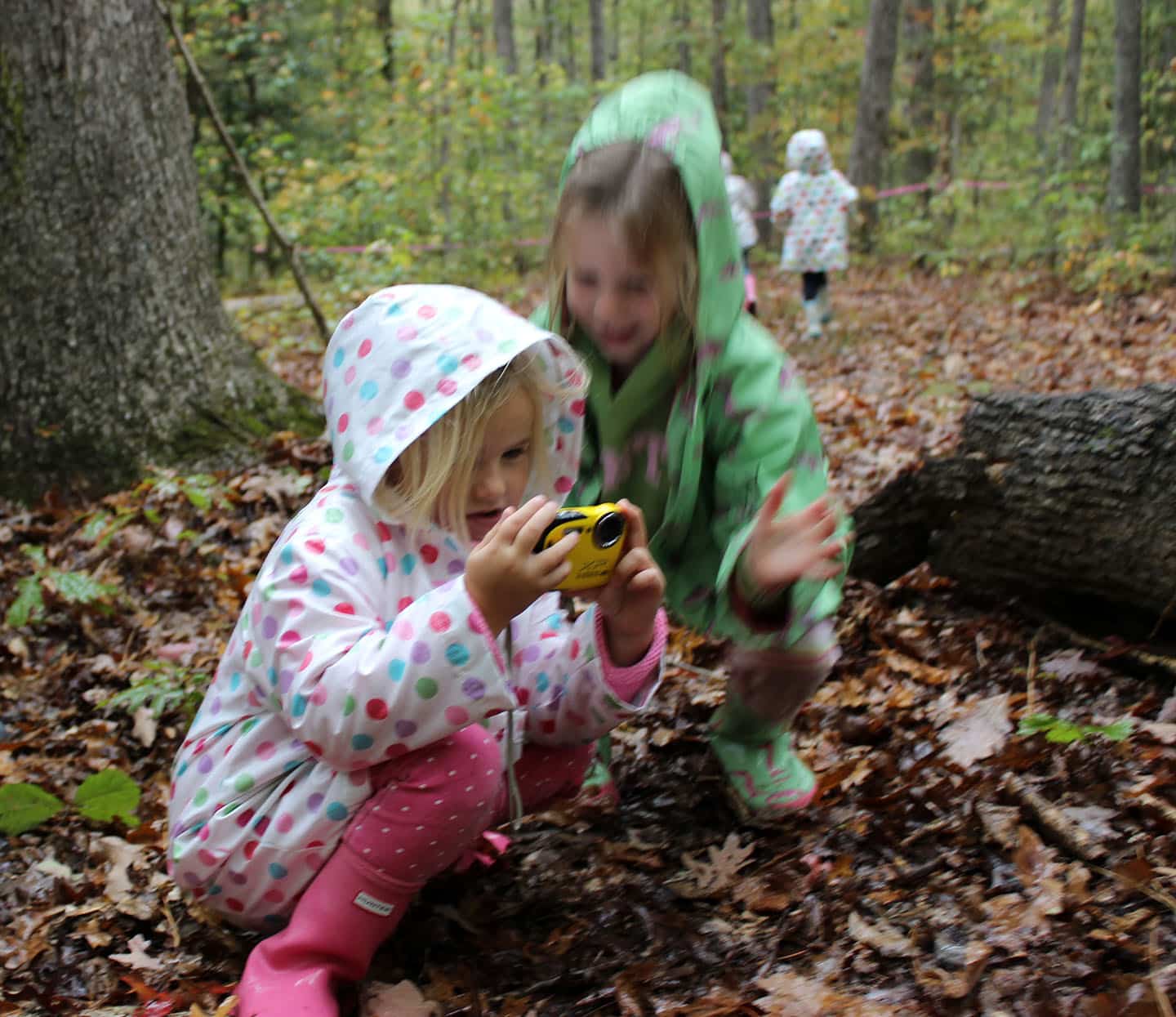 During a rainy-day trip to “our” forest in October, the children used a digital camera to take pictures of whatever interested them. It is always a gift to see the world through the children’s eyes. Upon viewing the photos, I found that they were quite poetic, more evocative than informative. I believe they captured the children’s response to their first trip to the forest perfectly…full of movement, with a broad, sweeping view at times and acute closeup at others.

The next day we showed the children the images they’d taken, and I invited them to describe the pictures as we looked at them…focusing not on what they actually represented, but on what the images reminded them of. I wrote the children’s words as they spoke them. What emerged was as poetic as the images. The result was the poem the children called “The Forest.”

Shooting stars in the sky

Colors on the trees

Leaves falling on a canoe in the water

Fireworks in sand and water in the night

Leaves falling on the bridge

Stepping in mud in my rainboots

Animal faces in the roots and dirt

Fireworks in a snowstorm

We are all climbing a tree

In order to put the pictures and words together, we used the iPad app, “Explain Everything,” which allowed a small, self-selected group of children to present the poem in their own voices. The girls narrated the videocast, made a title page, and eagerly shared the movie with anyone who would watch.  If you were walking into our school right now, the children would say, “We hope you enjoy ‘The Forest.'”