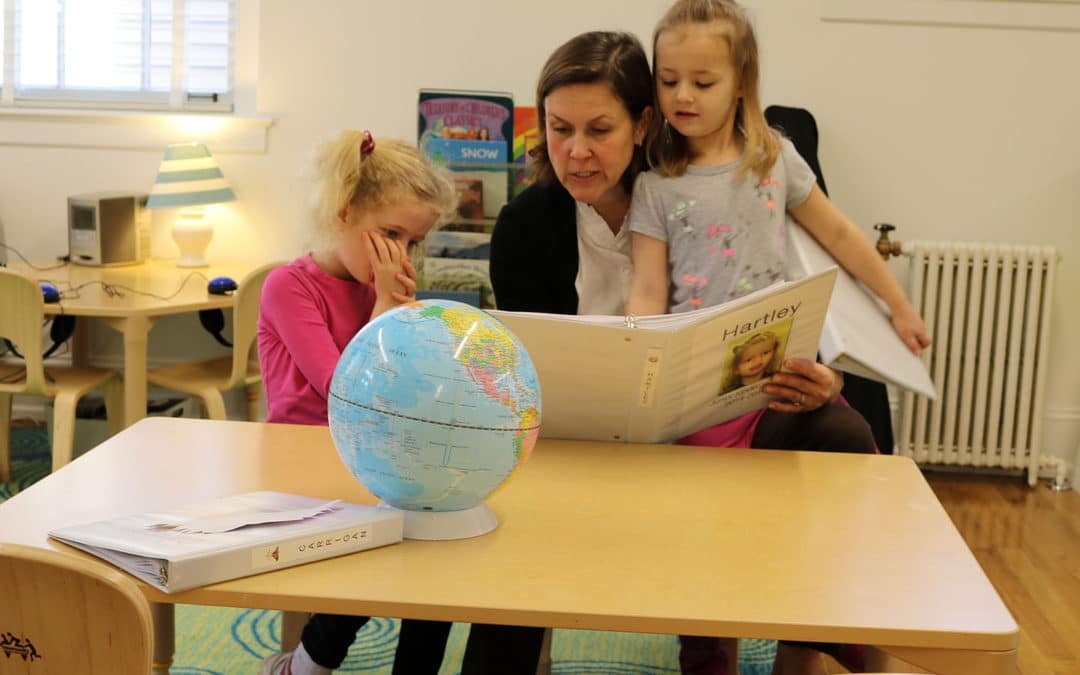 On a four hour flight from LA to Atlanta last month, I sat beside a bright, well-educated young couple and their 16-month-old daughter. We exchanged pleasantries, which included what everyone does for a living. Once they learned what I do, the parents peppered me with questions…for all four hours. They were confused about all they had heard about what they must do for their child, particularly as far as school is concerned. Must she be in preschool by now? They were happy with their current play-based daycare but had heard so much conflicting information about the need for early academics. I was delighted to talk with them but distressed that they found themselves so confused and worried. It started me thinking.

In this era of “21st century education,” I am struck by the dichotomy and irony of pre-K through grade 12 schools that support student-led inquiry and problem/project based learning for older students yet support formal academics and eschew learning through play in their early childhood programs. Yes, the decision makers at those schools need to educate themselves with the early childhood research of the last 30 years. But I suspect they are making decisions based on what they perceive parents want. In the end, what parents want and what school wants must align if children are to grow up as thinkers, creators, paradigm changers and lifelong learners. I doubt many parents would say, “No thank you. I want my child only to conform, to work hard and to follow directions.” So, when they ask that the school engage four-year-olds in formal academics, should the school  take that request at face value? Or should the school ask itself, “What do parents really want for their child?” and “What path leads to that place?” Answering these question requires some reconnaissance, of course. I propose that some conversation with parents is warranted…to help them see the course decisions about educating their young children could have. For example, the child who, in early childhood through primary school engages in activities entirely choreographed and managed by teachers; who fills in blanks and cuts and pastes in prescribed ways; and who makes very few decisions for himself during a day does learn to conform, learns to tolerate boredom and “behave,” and, when older, tends to resist being asked to think for himself. As an adult, he will probably do well at a job where he follows directions and does what he’s told. If, that is, he does not lose interest in learning altogether and drops out of school before finishing. Or becomes more focused on grades than on learning. Or, if he’s in one of those schools where conformity is the name of the game in elementary school but “21st-century education” is in high school, his teachers will complain that “kids these days just can’t think their way out of a paper bag.” (direct quote from personal communication…many times). Would parents who are lucky enough to be making education choices for their children really want this approach if they knew the consequences?

When I was teaching, I had regular conversations with parents and published a daily blog post that made visible the wonderful thinking their children did all the time in a setting where children did make choices and did reflect on their own process and work, a setting where a question was as likely as not to initiate a project, or at least a conversation; where problems were opportunities; where children needed literacy and numeracy to make their plans a reality; where play was a path to learning; and where children constructed theory about how the world works together.  At first the teachers had to articulate for parents how learning in this way would support children’s curiosity, executive function, academic proficiency, and love of learning.  In short order, parents saw, first hand, the potential of this kind of learning. Even skeptical parents, who insisted in the beginning that the rigid learning environments they experienced as children were the way forward for their own children, saw emerge the very characteristics they declared as goals for their children…for the shy child to find her voice, for example, or for the inflexible child to consider multiple solutions to a problem.

We have seen in recent weeks what a populace that does not think critically can do to itself. There are those who say that this election is an indictment of our education system, where children encounter formal academics at younger and younger ages, and in which, due to high stakes testing, content in the classroom trumps (sorry) thought. Parents who are privileged enough to choose their children’s schooling need our support to foresee the  trajectory from preschool through high school, beginning with their choices for their very young children. Parents armed with knowledge of that trajectory could be just what our schools need.