Can We Innoculate Against The Mean Girl Syndrome? 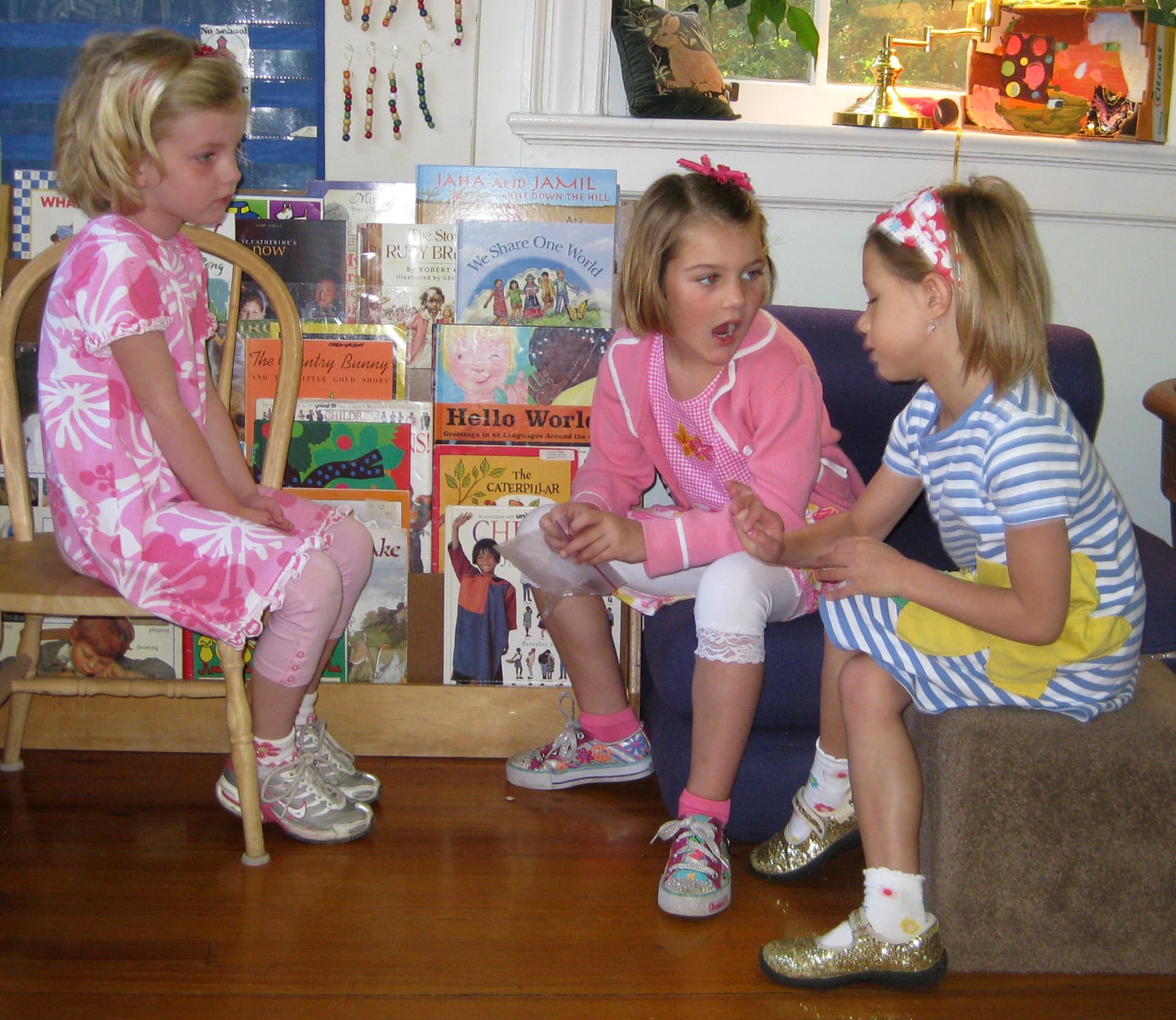 Talking to a colleague in the Upper School yesterday brought back to the top of my mind an issue that nags and pokes and bothers me always…the reality of “mean girls” in school. It is a problem not limited to girls’ schools like ours, but seemingly ubiquitous in our culture…girls who bully, sometimes in nearly invisible ways; girls who follow bullies and give them their power so as not to feel abandoned or alone. Girls who travel in packs, disrespectful of others, lest they become the others. It begins so early. From my daughter when she was in first grade: “I don’t know what to do, Mommy. If I play with who I want to play with, the others will make sure no one else will ever play with me again.”

As sad as it is, I believe this phenomenon comes from a positive place: the drive, the need for relationship and connection. We are all born with it (aren’t we?). But somehow, with little girls (disclaimer: I can’t speak about boys, so I won’t. I have taught all girls for 35 years now), the drive is so strong that children create an entire social system to meet the need. Without adult support, this system, created by young children, can only be based on what a young child creates. Often, it seems, that system does not tap the potential for the compassion, caring, inclusion, and love that we have seen are elements of a child’s soul. Instead, it draws on fear (of not belonging), hierarchy, and abdication of responsibility. It is my opinion that with adult support to form community, these “Lord of the Flies” societies need not be. No, it is more than my opinion…I am witness and collaborator to just such a thing.

When I taught Kindergarten I noticed that at about five and half years old, the girls began to want to form “clubs.” At best, these were clubs based on interests; at worst, they were based on physical attributes or clothing. I understood that as part of the cognitive growth spurt they were experiencing, the children were newly able to classify in more sophisticated ways and would  begin to be able to consider what something is not as an identifying attribute. In translation to social contexts, that means that in order to belong, one must differentiate between the self, who must belong, and she who will not belong. Therefore…clubs, exclusion, and the making of bullies. When I left Kindergarten to found a new program for children a bit younger, I set out to learn whether a classroom community could be established in which this did not happen…in which all children felt that it is their right to belong, and exclusion was not necessary.

Twenty four years later, I look back and see that in many ways we were successful in forming communities of learners in which the children look out for each other, advocate for each other, and have the tools to negotiate when things don’t seem right. But I also see that this one year of intentional community building makes little or no difference in time (and thus, my conversation with an Upper School teacher who is witness to the “mean girl” phenomenon on a regular basis). A failure? Yes and no, I suppose. Could what we do…or something similar…make a difference in the community if it were practiced  at every level? In cases where the “mean girl” culture is perpetuated by parents who also grew up in it, can the school make a difference? All I know is, I would surely like to try.

I realize that I cannot make a list of “what to do” to build community in the early childhood classroom. It is so deeply woven into everything that we do, every day. So I will give examples of the kinds of changes we’ve made over the years, in hopes that the idea might spread, or readers might be inspired to share with each other what they do to create caring communities, that we all might make a difference in the lives of children.

Creating Community:  Expectations, Strategies, And The Pleasure Of Collaboration Collaborative Cleanup At The Block Platform One child teaches another how to make a wallet using paper construction. A child consoles another child, who expressed frustration when she was not satisfied with her attempts to draw something. Does It Make A Difference?

When the girls reach a certain stage, the idea of clubs still emerges. But by then, they have formed such a tight community, that they do not imagine excluding anyone. Rather, the energy around “clubs” seems to be more about getting as many people as possible to “sign up,” and, of course, the sign up sheet itself. This happens year after year.

The girls learn to solve problems, including social ones, through negotiation. At the beginning of the year we may see one powerful child declaring that this is how it will be, taking on followers and abandoning the rest. Though we certainly have lots of powerful children and we do see leaders in play, by mid-year we also see children who don’t feel included marching right up to those leaders and asking to play or articulating what they don’t like. We have set an expectation that every child will find and use her voice, and that every other child will listen and respond, even if that response is a counter-argument.

And perhaps best of all, I have noticed that as the children form a community, they begin to advocate for themselves and for each other. Sometimes triads develop, which can be difficult for young children to sustain. In one such group, a strong child who had the desire to dominate play became overwhelmed by the desire to also dominate the players. She started to try to draw one of the other two away (so that there would be a more comfortable dyad). I watched the child she was trying to lure away think a bit and then say, “If Sarah can’t go, then I’m not going either,” a clear message to the excluding child, who backed down and said, “Let’s all go,” and play resumed. When we have a school-wide tornado drill, we all crouch in the small windowless front entryway. During one such drill, there was a communications glitch. We heard the alert over walkie-talkie and hunkered down in our tight little spot. Not knowing about the walkie-talkie alert, a security guard opened the front door a bit and, without looking in, blew an air horn into the hallway to announce the drill. The children were startled and afraid, and some cried. They were comforted and we moved on. But a few of the children who had cried continued to talk about how the guard should have looked and shouldn’t have blown it inside but outside and so on. Finally, I asked if they would like to have a talk with Mr. B., the head of security. “Yes,” they said. Three who had cried decided to go, and one who had not but wanted to support her friends went as well. When the children met with the head of security, whom they know well, they told him that some children had cried when the horn blew, and asked that it not happen again. Mr. B. tried to solve the problem by explaining why the horn blew, but the children would have none of it. They insisted that he negotiate with them. In the end, everyone agreed that it would be all right if the horn blew outside the building, where we could hear it but it would not frighten children.

It’s messy and sometimes it takes a while to resolve conflicts or hammer out a solution to a problem. But when I see the children so competent in play, conversation, problem solving, and negotiation at ages four and five, I know it is well worth the investment. Wouldn’t it be a wonder if first graders and third graders and tenth graders could do it, too?