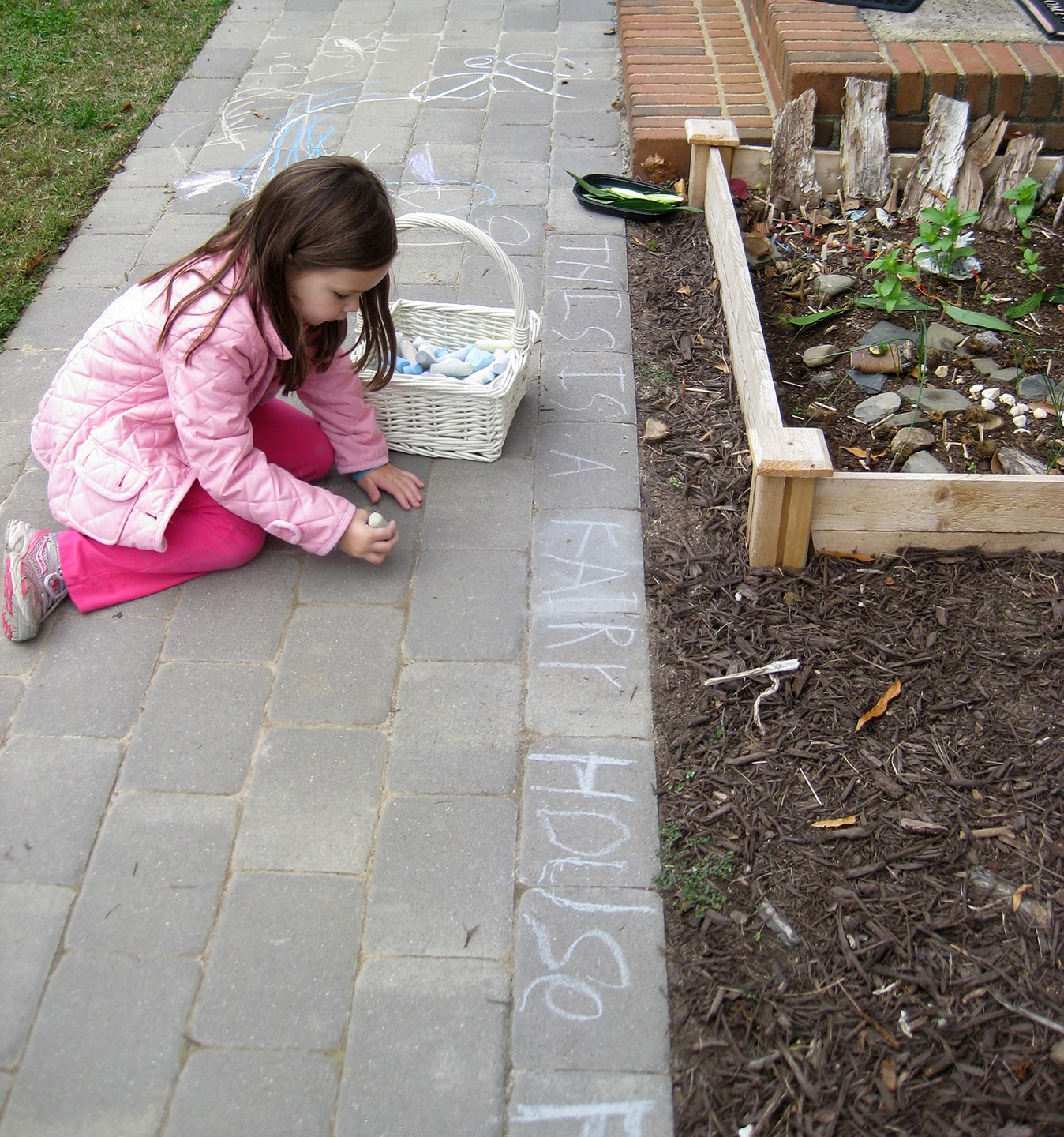 When the fairy house was finished and installed in the Outdoor Classroom, the children created a fairy garden around it. Then they deconstructed the garden, and constructed it again, over and over. Every now and they made little gifts for the fairies…a table set with food for the fairies (often made from the little banana peppers growing in the garden), a place for fairies to play, or written invitations. C writes, “This is a fairy house for you.” Then she added, “Did you give us this door?” A few days earlier, a door for the fairy house had mysteriously appeared in the fairy garden, and the children were interested in trying to figure out who had left it for them. C left a piece of chalk out for the fairies to use if they wanted to respond.

In that way our time outdoors ended for the day, with H and G’s project now public and protected, but beset by questions the two had not considered before.

The physical fairy trap never did work well. The children realized that sand simply isn’t a good foundation for the pillars. However, despite a lack of any physical reminder of the first trap, the idea lived on for months, from November until the end of the school year.  The children made many  iterations of the trap into the Spring. And they spoke of “the fairy trap” as if it were a specific entity. And I suppose it was, in a way, having been woven into the fabric of the culture of the class. We often aren’t aware in the moment that a particular idea will develop a role in the culture of a class. But the passion of the conversation with which this story began could have told us that this was one such idea.